What a Possible Recession Means for Your Staffing Firm 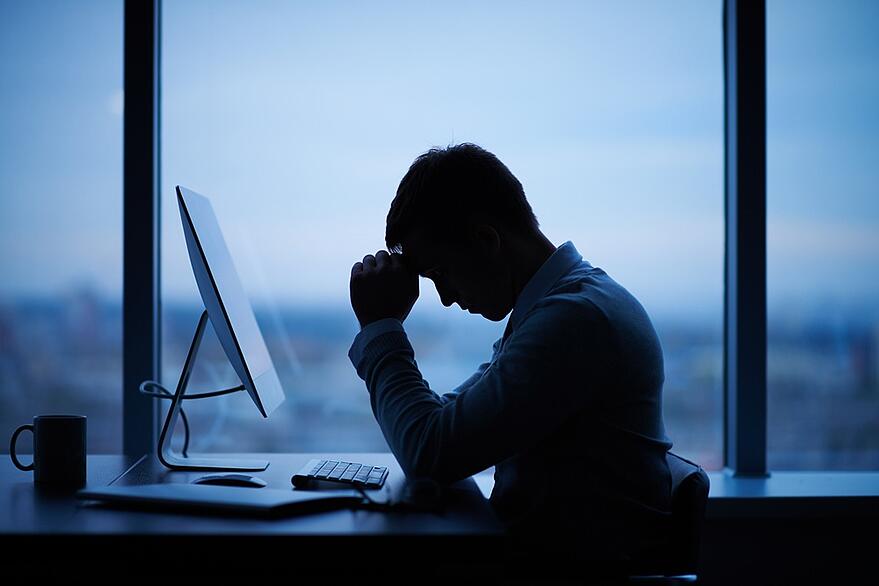 In light of the global health crisis that is COVID-19 and the accompanying economic uncertainty, many economists and analysts predicted a recession would hit in 2020.

After a long period of recovery and job growth since the Great Recession of 2008, the tide may be turning. 2020 brings much uncertainty and economic factors: a global pandemic, Federal Reserve interest rates at zero, an oil price war, and a U.S. presidential election all in one year. What goes up, must eventually come down.

A recession is bound to happen at some point, because that is the nature of business cycles. It is worth it for staffing firm owners to at least consider what a possible recession means for staffing, and what can be done to prepare.

The Great Recession of 2008 is still fresh in the minds of many business owners. As a country, we survived a cumulative decline of 5.1% in GDP, and saw 8.7 million jobs disappear. It took almost five years to recover the jobs lost during the 18 months of the Great Recession. In terms of the staffing industry, US staffing revenue declined 28% in 2009 and more than a third of staffing employees lost their jobs. The industry bounced back fairly quickly compared to other ones, reaching prerecession highs in 2011 and 2012. The rest of the economy did not recover fully until 2014. Staffing revenue has grown ever since as a tightening labor market and skills gaps made such services even more in demand, and as of recently we have nearly doubled revenue since the dip in 2009.

IS A NEW RECESSION COMING SOON?

Despite all of our data and knowledge, recessions are still very hard to predict. Since World War II, there have been 11 recessions. The current economic expansion we are in began in mid-2009, making it the third longest expansion in history. Unfortunately, good times cannot last forever and many economists predict a recession within the next two years.

Even for the most optimistic among us, there are some concerns on the horizon. Namely:

THE CONDITIONS OF A RECESSION

Recessions happen because labor grows scarce and wages climb, which prompts businesses to ease back on hiring. Meanwhile, the Federal Reserve raises interest rates to quell inflation, which essentially puts the brakes on the economy. Geopolitical shocks – such as global pandemics – can also curb growth and throw the economy out of whack.

WHY THE NEXT RECESSION COULD BE WORSE

Historically, the longer that goes between recessions, the worse it is for the American public. As previously stated, we are in the midst of the third longest economic expansion in recent history. A few factors make the next recession a cause for concern, beyond just the regular concerns of job security and financial stability.

One factor that could contribute to a worse recession is that unemployment insurance is harder to get than ever before. During the massive layoffs of the Great Recession, Congress increased the duration of unemployment benefits beyond 26 weeks that states provide. Since then, Congress has allowed those benefits to expire and many states have cut their unemployment programs or made it harder to get or keep them with additional requirements and scrutiny.

Another unique aspect of the next recession will be the prevalence of alternative work – aka temporary jobs with no benefits, such as driving for Lyft or Uber. 16% of the workforce currently takes part in alternative work, or gigs, and in a recession that is likely to grow. The people working such jobs may also be ineligible for unemployment, since if they’re not actual employees of the firm they work for their state won’t have W2 forms on file reflecting their earnings.

WHAT HAPPENS TO STAFFING FIRMS IN A RECESSION?

Temporary staffing is a fairly solid indicator of where the economy is headed, as trends in the employment of temporary workers presage shifts in general employment. So once temporary work starts dropping, other job losses are likely to follow.

The main reason that companies use staffing firms is flexibility. So in a recession, often the first costs to go are contingent workers. It is less of a blow to moral, and there are no severance or separation packages to deal with. On the flip side, staffing firms are also relied on for affordable labor when a company is looking to cut back on benefit payments.

WHAT TO DO ABOUT IT NOW?

The best thing to do in an environment where a recession seems imminent is to keep tunnel vision on your business. Rather than trying to time the market, focus on what you do best: helping place talent to businesses who need it. While there is not a lot you can do to plan for a recession, it might be prudent to consider how your business would approach various revenue scenarios, such as a 20-30 percent downturn if a recession were to hit.

You also have to consider whether your staffing firm has enough liquidity on hand to weather a crisis. A line of credit with a bank is one option. In a pre-recession environment, it is worth looking in to specialty funding such as invoice factoring to improve your cash flow. Payroll funding companies are not subject to the same government oversight as banks and do not require as much scrutiny. For some staffing firms, specialty financing might be the better way to go.

For a more in depth look at staffing firms and recessions, download the free whitepaper The Staffing Firm Guide to Navigating a Recession. For more information on payroll funding, request a free funding consultation today.

Jeremy Bilsky is the Senior Director and General Manager at Advance Partners. Jeremy first joined the Advance Partners team in 2004, first as General Counsel before taking over at the helm in 2019. Jeremy has overall P&L responsibility for the business, and has made a big part of his focus a renewed emphasis on consistency and accountability in all the company does. Read full bio.

Race for the Place and Advance Partners: A Legacy of Giving
September 13, 2021

Working Together for Good
August 5, 2021

4 Things You Must Know as a Staffing Firm Trying to Get Workers’ Comp
April 7, 2021

Advance Partners Gets Creative to Fight Cancer During COVID-19
March 22, 2021

You can find out more about which cookies we are using or switch them off in settings.

Strictly Necessary Cookie should be enabled at all times so that we can save your preferences for cookie settings.

If you disable this cookie, we will not be able to save your preferences. This means that every time you visit this website you will need to enable or disable cookies again.